The Violence of Doing Nothing 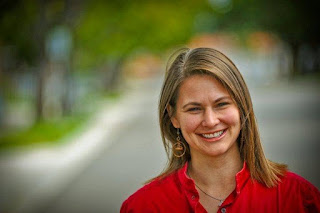 “No seas metiche” is a phrase I often hear in my neighborhood.  In English we would say, “Don’t butt in” or “Mind your own business”.

In general these can be helpful ways of interacting with neighbors, however I think we take it too far when we fail to listen and use it as an excuse to ignore the issues our neighbors are facing.

I have not always cared about Comprehensive Immigration Reform, yet as I “butt in” to the lives and stories of my neighbors, I am moved to action.

Did the Senate vote on December 18, 2010 impact your life?  When the DREAM Act died on the Congress floor by five votes did you weep and mourn?  Maybe not.  If you were anywhere near my sphere of influence you were asked to call and write several lawmakers last year so that undocumented students brought illegally to the US and raised here could earn their legal residency.  Some people did it because they believe that our immigration system needs to be reformed.  Some people did it because they care about me and trust I will not ask them to do something out of line with their faith.  Many people did nothing.

I understand doing nothing.  I have done nothing many times. I delete the urgent emails calling for action.  Most often I feel that I do not know enough about an issue and the people who do know and care will take the appropriate action and I will do nothing.  Nothing seems better than contradicting.  My friends who did nothing to push for the DREAM Act a year ago were not out there lobbying against it, so they probably felt they weren’t hurting the cause.

The problem is that while we are doing nothing, thousands of families are being separated as deportations continue.  Dreamers, young people who would be able to earn status under the DREAM Act, are losing hope.

Thanksgiving weekend this past year a young dreamer, Joaquin Luna, committed suicide.  In a note he left his parents he indicated his depression and hopelessness since the failure of the DREAM Act. As his high school graduation drew near, Joaquin could not envision a change in the system that would usher in the future he desired.  In his case, our doing nothing led to a violent end.

As we head into 2012, immigrant advocates are predicting that nothing will happen to move us to immigration reform.  No lawmaker will want to take it on in an election year.  The president will do nothing.  And yet something will happen to my neighbors.  They will continue to live daily with the fear that they or their spouse or their grown children will be deported.  They will continue to serve us far below a living wage and under the radar with no worker protections.  They will continue on in landlord-tenant relationships with very little leverage.  65,000 more undocumented students who were raised in the U.S. will graduate from our high schools with no legal right to work or contribute.
Doing nothing in 2012 will not be neutral.  Nothing results in something and in this case it will be the ongoing violence of fear, poverty and mistreatment.

So what do we do?  How do we avoid the violence of nothing?  How do we bring peace in our immigrant neighbor's pain?  First we remember that our something is more powerful than politician’s nothing.  We are the people of God and when it feels like there is nothing to do, we pray.  In my activist mind I sometimes forget how “something” prayer is.  When nothing seems to be moving in the natural, we trust that God is moving and working in the spiritual and at the right moment he will break through in our reality.  We pray for His Kingdom to come on earth as it is in heaven.

And we can have the courage to be “metiche”; to believe that our neighbors and their stories matter as much as anything happening to us personally.  To open our eyes and our ears to their situation is to do something.  When we know a person and care about what happens to them, then what action to take becomes more obvious.  And even then the temptation to do nothing is there.  We can pat ourselves on the back for listening to people and never take any action to change their situation.

Sometimes listening is the something - is what is needed and called for.  Sometimes we need to make a bazillion phone calls and rally our community and speak up for the voiceless until someone pays attention that kids are killing themselves because we have failed to provide a path for their future.

-Crissy Brooks
Posted by Keith Giles at 6:00 AM