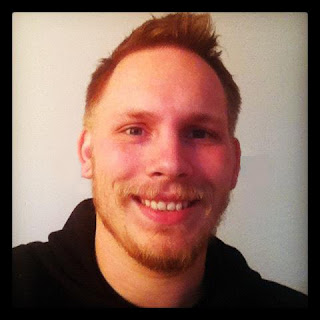 T.G. Blankenship has spent the last 2+ years working as a Resident Assistant for a nonprofit called Transitional Youth in the Pacific Northwest. Transitional Youth helps homeless and at-risk youth get back on their feet through communal living, counseling, education on communication and conflict resolution.

As a Resident Assistant he lives alongside the youth who come into the house and functions as relational support and as an accountability and lay counselor. He has also spent the last few years working with various youth groups and guest speaking and teaching at churches across the nation.

Travis is currently working with his congregation to move siblings of faith from seats to streets by creating awareness of the various ministries already present in the city and helping to make the connections people need in order to begin participating in the ministries that fit their gifts and break their hearts.

He graduated with his Bachelor of Science in Pastoral Ministries in 2007 from Mid-America Christian University in Oklahoma City, OK. During his senior year of studies he became convinced of the call of non-violence within the Gospel and has been studying and writing on the lifestyle ever since.
After graduation he moved to Atlanta, GA to live and work on the streets with the homeless men and women there. He discovered his passion for loving the poor and finding solidarity with those in suffering.

Since then he has worked in various ministries that help those in poverty, prison, drug culture, and rehab.

He recently moved back to Vancouver, WA and he is currently in his final semester for acquiring his Masters of Arts in Biblical Studies at Multnomah Biblical Seminary in Portland, OR.

Travis was raised in his faith in the Church of God movement out of Anderson, IN and he desires to work in congregations to help people understand their identity in Christ as individuals as well as members of the Body of Christ. He would also like to help move people into active and consistent ministries of reconciliation while teaching the ethics and lifestyle of Jesus Christ.

He desires for people to live into the victory and reign of Christ as kingdom of heaven citizens. He wants to see inner-cities transformed through the Church by means of generous hospitality, non-violence, truth speaking, justice seeking, artistic expression, and more.

He would also like to spend some time in Palestine/Israel, if possible, to work for peace.