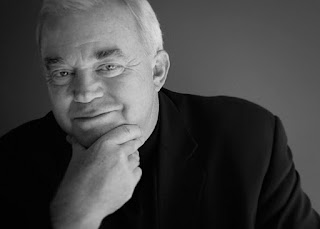 At an Evangelical Seminary in 1970, a man named Jim Wallis met in his dorm room with eight other new students and made a startling discovery. Although they all had been raised in mainline Evangelical Christian churches, not one of them could remember a single sermon about taking care of the poor.

“One of my colleagues decided to try an experiment,” Wallis remembered. “He took an old Bible and a pair of scissors and began to cut, literally, every single reference to the poor. So, when my friend was done, this old Bible was in pieces. It was literally falling apart in my hand.” Soon after this, Wallis started publishing a magazine called Sojourners to specifically address the biblical mandate of Christians to serve the poor and help the oppressed.

“If the Bible is the word of God, if Jesus is Lord, what does that mean? We need to remember the biblical tradition that we give lip service to, but don’t often pay attention to. That first year of seminary where we made a study of everything the Bible said about poor people, wealth, poverty, injustice and oppression, we found several thousand verses on the subject. It is the second most common theme in the Old Testament. The first being Idolatry, and the two are often connected. In the New Testament, one of every sixteen verses is about this subject. In the first three synoptic Gospels, it’s one of every ten verses. In Luke’s Gospel, one of every seven verses is about the poor,” Wallis stated.

Wallis continued, “I still have that Bible, by the way. I take it out to preach with me and I hold it high above my head and I say, ‘Brothers and Sisters, this is our American Bible. It’s full of holes from all we’ve taken out, ignored, and paid no attention to. We each, might as well, get out a pair of scissors and begin to cut.’” Thirty years later, Wallis is still raising the question of poverty in the Church.

“Whatever else the Gospel may be, it may clean up your marriage, it may solve your drinking problem, it may do all kinds of other wonderful things, but if it isn’t good news to poor people, it’s not yet the Gospel.”

Jim Wallis was raised in an evangelical Brethren church in Detroit. In the early ’60s, at the age of 14, Wallis began to notice that the way he lived in “white” Detroit was drastically different from the way people lived in “black” Detroit. “I asked questions of my little church like, ‘How come there are people missing meals, going hungry, without jobs right here in Detroit?’” The answers Wallis got from asking those questions sent him spiraling away from the church and into a pursuit of social justice outside of the Church. “The answers I got were ‘When you get older you’ll understand’ or ‘We don’t know why it’s that way, it’s just always been that way’ or, as one honest elder informed me, ‘If you keep asking these questions, you’re going to get into a lot of trouble’, and that proved to be true.”

Wallis soon found himself repulsed by the attitudes of those in his church and felt drawn to the people around him in need. He spent time walking around downtown Detroit and exploring a world he never knew existed. A world of poverty and struggle was just beyond his world of comfort and plenty. “I took jobs in the city at old factory assembly lines or janitorial jobs and all my money was being saved for college and all the young guys I’m meeting, their money is going to help their family survive. I met a lot of young guys my age who were just like me except they were black in Detroit, and I was white,” he said.

Wallis found a new home in the civil rights and anti-war movement of his generation. For years he did a lot of work organizing protests at Michigan State that numbered over 2000 people. “I was into some heavy movement organizing and politics, but that still didn’t answer all my questions about why these things were still happening, and what the foundations were for all these things,” shared Wallis.

“I was reading, in those days, Karl Marx and Ho Chi Minh and Che Guervara and all that kind of stuff, but I didn’t find the answers there either. Then, I went back to the New Testament. During all that time, I don’t think I ever got quite shed of Jesus, even though I’d left the church. Looking back now, I’d say that Jesus stayed with me through that whole time. I was pretty angry at the Church, I felt betrayed by the Church, and a lot of young people feel that way. Not only was the Church not doing anything about these issues (of poverty) it was on the wrong side of these issues,” he said.

“I had some deep questions. I would’ve liked some Christians to try to figure out how to help. We were kids. We were young students who made a lot of mistakes, (and we) weren’t getting any help from conservative churches, or moderates or liberals.”

Wallis finally decided to take one last look at Jesus for himself and went back to the New Testament. After years of being chased by police and tear-gassed at rallies, he read the Sermon On The Mount and discovered a Jesus he had never met before. “I’d never heard a sermon on this in my entire life growing up. In my church, this was for the Kingdom dispensation, it wasn’t for now. It was for when we all get to heaven. But, I mean, ‘Blessed are the peace makers,’ what’s the point of that if you’re already in heaven? (This was) the cathetical Scripture for all new converts in the early church. It was the Magna Carta, the Constitution of the new order in Jesus Christ. This was it. This was the way of life.”

Reading the words of Jesus as an adult, Wallis found his view of Christ, and Christianity itself, transformed. “I was mesmerized by it. This was the most radical thing I’d ever read. More radical than Ho Chi Minh and Marx put together because this was going to change everything. It was meant to change the personal, the social, the economic and the political. It turned the world upside down. It turned the values on their heads. This was a whole new order of things. This was a revolution if there ever was one.”

Wallis read until he got to Matthew chapter 25 and began to understand that he and Jesus had a lot in common when it came to taking care of the poor. “My conversion text was this chapter of Matthew. Here is the Son of God standing in Judgement over all of those who think they belong to Him. Both sides name His name. He’s saying, I’ll know how much you love me by how you treat the poor. I had never seen anything as radical as that. This is the God of the universe saying that in some very special, particular way, you’ll find me dwelling ‘in the distressing disguise of the poor’ as Mother Theresa puts it. I was just blown away by that,” admitted Wallis.

“The people who had raised me were just like those who said, ‘We didn’t know it was you Lord’. I realized that they had been keeping Jesus at arms length all those years, while sincerely thinking that they were following Him. So, I hearkened back to that little talk with the elder who told me that ‘Christianity has nothing to do with racism’ and I realized at that moment, God is always personal but never private. That has been a personal theme for me ever since. If we don’t have a personal God, we don’t have any faith. I don’t want just a social teaching of Jesus, I don’t want a Liberal agenda for politics, I don’t want just a philosophy or wisdom to follow. If I don’t have a personal God, I don’t have any faith that means anything. God is always personal, but never, ever, private. When we privatize God and the Gospel and our faith, the truth is we’re committing a heresy.”

Wallis is adamant that the Church needs to do more than give money to their favorite charity when it comes to following the teachings of Jesus in regards to the poor. “It’s not enough to write a check and throw money at your favorite faith-based organization, it’s also not enough to roll up your sleeves and get on the ground and work directly with and alongside the poor. You can’t keep pulling bodies out of the river, and not send someone upstream to find out who’s throwing them in. For the last thirty years I’ve been banging the drum and brother Campolo’s been banging the drum, and Ron Sider, and John Perkins, and a whole generation that’s not so young anymore has been banging the drum, and we began talking about an Evangelical social conscience, and now I see a whole new generation of Evangelicals who are ready to apply that for a 21st century world,” he said.

Having spent the better half of his life on a crusade to awaken the Church to the needs of the poor around us, Wallis sees light at the end of the tunnel. “The audiences are larger and younger and more energetic than ever before. I think we have made enormous gains in the churches. I know younger people today can feel some of the frustration that I felt thirty years ago. But, back then we had no elders, no mentors, we had almost no one to teach us. We had to create our own communities, our own magazine, our own everything. I made a commitment a long time ago, that when the hearts of Christian young people turn in the direction of Justice, that they would have support. I want them to have mentors and somewhere to go for answers. I want them to have a movement to join and not one to begin,” vowed Wallis.

To find out more about Jim Wallis and Sojourners Magazine, go to http://www.sojo.net/