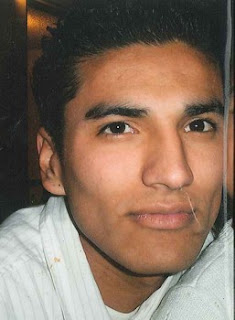 Roman was a pretty average student at the after school teen center where we met nine years ago. He was timid but he liked to joke around. As neighbors, I still saw him after graduation. He worked here and there and was always trying to keep his sister on track.

At the community center, church volunteers are great about helping kids with their homework. Volunteers coach kids in soccer. They teach Bible studies and put on Vacation Bible Schools. Our volunteers truly want good things for our students. They plan field trips and college visits. They take kids to the theater and sporting events to expose them to culture and our community.

People love to be a part of seeing an immigrant kid be the first one in his family to go to college. Volunteers take it upon themselves to help students fill out applications and some volunteers even help kids pay for college. It’s hard to argue with education. There aren’t too many arguments against educating immigrant kids. It is the way to get ahead, the way out of poverty, the hope for their future.

But what is the future of undocumented immigrant children? What is the future for students like Roman? There are 2.8 million of them who would benefit from legislation like the Dream Act- http://dreamact.info/. If they do go to college, which they legally can in the state of California, what is their future when they graduate with a degree? They still can’t legally work. Despite the fact that they have a bachelor’s degree, they cannot work even the most menial jobs. So are we holding out a false hope to our students by telling them, “If you work really hard, you can be successful”?

And what does this say about our stewardship as the Church and a nation? Our volunteers invest hours and hours of their time and energy. We give thousands of dollars to worthy programs to help students succeed. The director of an admirable program I spoke with last week estimates they invest $40,000 in one student over the course of nine years to make sure they attend and graduate from college. That doesn’t take into account the thousands of taxpayers’ dollars we invest in a student’s public education.

As the Church we are quick to invest in community betterment programs. Our ministry has been the grateful recipient of thousands of dollars to prepare students, many undocumented, to be leaders in our community. But we cannot go the distance. We cannot make good on our intentions for these students under the current system. Until we engage in systemic change, we are lying to kids and poorly stewarding our resources.

It is hard to find volunteers to fight for immigration reform. When it comes time for systemic change we spend our time debating and nitpicking while the kids we have poured so much into are literally dying. Last month Roman was found dead in the desert. After years of schooling and tutoring and field tripping with church volunteers, Roman was deported for fighting and on his way back home across the border he died in the desert.

Now you can say that he should not have been fighting. And you can say that he never should have come to the US without papers in the first place but the fact of the matter is that millions of children were brought here by their parents without having any say in the matter, were loved and educated by us, and were then failed by a system that does not go the distance for them.

We will engage in a life up to a certain point but will not participate in changing systems to ensure that those we care about will continue to succeed. A couple years ago, when we had an opportunity to reform the immigration system the Church, for the most part, did not engage. It was too controversial, too political. Some of us lament the sad situation but when it comes to speaking up, we shrink back. We don’t bother to get involved. We are silent. Is all we have worked for, for nothing?

We have two choices then. We can give up. We can see the futility with our current system and not even start to help undocumented students. We can realize that it is a risky investment- one that may end up dead in a desert. So we can choose to not even try.

Or we can work to change the system. We can recognize that these students aren’t “investments” they are beloved children of God. The same Father who from the beginning of communicating his heart to his people said, “Do not mistreat an alien or oppress him, for you were aliens in Egypt.” (Exodus 22:21)

And we are aliens here. We are citizens of heaven and not of this world. In the Kingdom I am a citizen of it is heartbreaking that the neighbors we love are dying in the desert. In this Kingdom we speak up for those who cannot speak for themselves, for the rights of all who are destitute. We speak up and judge fairly; we defend the rights of the poor and needy. (Proverbs 31:8-9)

Cornel West said, “Justice is what love looks like in public.” Roman is dead because we only loved him in the confines of our church buildings and community centers. He is dead because our love didn’t go far enough to ensure justice. Our voices were silent when we had a chance for change. For the sake of the millions of undocumented students like him, for the sake of obedience to the Scripture and the Church’s witness in the world, let us not be silent anymore.

**
Visit her blog online
HERE
Posted by Keith Giles at 6:29 AM