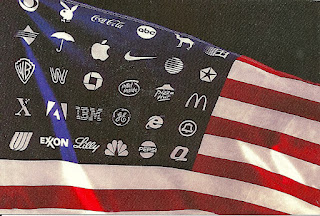 America spends more of its money on creating instruments of death than any other nation on Earth. More than the other fourteen largest nations combined.

No one loves death and war more than America.

America allows her own children to starve so that the most number of weapons can be built to kill as many people around the world as possible.

American is an Empire, and like all Empires, America rules by death and fear and the sword. All while pretending she is for freedom and truth and democracy.

America is nothing like Jesus. She is not Christ-like. America is a bully.

America will exploit the poor to build greater wealth for herself.

America believes that if it can kill enough people, the world will become a better place.

America's God is not Jesus. Her only gods are comfort, and safety, and luxury. War, and death and deception are in her heart.

"Behold, this was the guilt of your sister (America): she and her daughters had arrogance, abundant food and careless ease, but she did not help the poor and needy. Thus they were proud and committed abominations before Me. Therefore I removed them when I saw it." (Ezekiel 16:49-50)

"And I heard another voice from heaven saying, “Come out of her, my people, lest you share in her sins, and lest you receive of her plagues.   For her sins have reached to heaven, and God has remembered her iniquities.  Render to her just as she rendered to you, and repay her double according to her works; in the cup which she has mixed, mix double for her.  In the measure that she glorified herself and lived luxuriously, in the same measure give her torment and sorrow; for she says in her heart, ‘I sit as queen, and am no widow, and will not see sorrow.’  Therefore her plagues will come in one day—death and mourning and famine. And she will be utterly burned with fire, for strong is the Lord God who judges her." (Rev. 18:4-8)